Bhusawal, also known as Bhusaval is a municipal town in Jalgoan district of Maharashtra state, India. The municipality and normally the people spell the city as “Bhusawal”, however the railways use the spelling “Bhusaval”. It is the biggest taluka of Jalgoan district, situated on National Highway No.6. 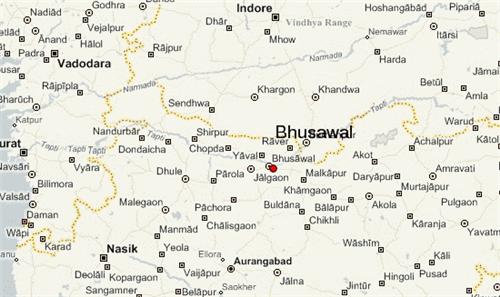 Bhusawal is a quiet and peaceful city and lies on the bank of Tapi river, belonging to Nashik division. It is a small city with a population of around 2,04,016. Although the official language in the city is Marathi other major languages spoken around are Hindi, Ahirani and Khandeshi. The major village in Bhusawal is Khadke. Khadke is known for its temples like the Ram Mandir, Sai Mandir etc.
The city is known for many things, its railways, its food, factories and temples. It has very good railway connectivity to different parts of the country like Mumbai and Delhi. In addition it is also the Central Railways Divisional headquarters. Bhusawal railway junction is one of the largest railway yards of the Indian sub continent. The city is also reachable via Aurangabad airport or via Indore airport. 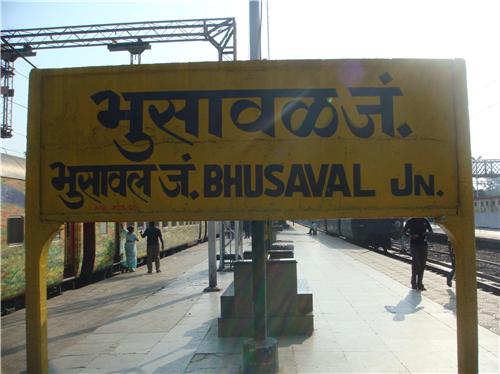 Bhusawal is famous not just for having the largest railway yards but also for its banana cultivation. Banana cultivation is very famous there and is exported throughout the country. Traders from various parts of the country come to buy raw bananas. Authentic Maharashtrain food is another delicacy of the city. The city also boats of good schools and colleges with a literacy rate of 90.53%. Bhusawal is the proud owner of two of the forty one Ordnance factories in India, The Ordnance Factory of Bhusawal, located 5 km from railway station and Ordnance Factory Varangaon.  In addition to the Ordnance factories the M.S.E.B. power generation plant is near Bhusawal. Deepnagar Fekari is the thermal power plant producing 12% of the electricity requirement of Maharashtra.
The Ordnance factories and thermal plant play major role in the economy of the city. In addition tourism is also one of the things that adds to the economy. The famous Ajanta caves known for their paintings, in Aurangabad are located only 60 kms from Bhusawal and are a popular tourist destination. Also Nashik, a famous pilgrimage destination is about 3.5 hours journey from here. The 1974 Bollywood film ’27 Down’ directed by Awtar Krishna Kaul, features Bhusawal railway station, railway colony.
Bhusawal is best to be visited in winters from December-February during which it has a pleasant climate. For people who love authentic Maharashtrain food and banana delicacies Bhusawal is the place to visit.

How to reach Bhusawal:

By train: The nearest railway station is Bhusawal railway station which is just 2km away from Bhusawal city center.
By air: The city is reachable either via Aurangabad airport or via Indore airport.
By road: There are plenty of private cabs and cars available for Bhusawal